During my teaching exchange in Finland, I met so many bright, passionate and talented people. But there were two women in particular whose stories and creativity really spoke to me. I have asked both of them to write guest posts for my blog about themselves, their fathers, their writing and more.

Please enjoy the first post below written by Elisa Auvinen. After my graduate presentation at the University of Jyväskylä, Elisa wrote to me. We met up early the next day to share our stories and research, to talk about families and fathers, to listen. Our connection was instant and our experiences as children and adults spoke to each other in a way I was not expecting. I only hope you find her story below as engaging and inspiring as I do. Enjoy.

Something happened to me. I lost the most important person of my life.

My new sneakers are wet in the morning dew. This can’t make anything worse because the shoes crush my toes already. Dad has advised me to tie the laces tight, with a double bow. At the offensive zone, opening laces are worthless.

Dad walks ahead. As he concentrates on lecturing me on the gutsyness of alders, sprawling on the sides of the road, I crane my hand to touch every leaf my fingers can reach. There are lots of alders and dad is going to cut down them all, because they are only in the way. Vermins, fiends.

– This? he asks, flexing his finger, without turning his eyes to me.

– Black alder, I answer before even checking that there is a tiny cleft at the top of leaf which makes the whole leaf look a bit like heart. I know the flora and fauna of my environment because that’s what I’ve been disciplined for.

But the world – about that I would know nothing for many years. For now I recognize every stick of my home path and it makes me a goddamn sufficient child.

I sniffle my dripping nose and look at dad, behind him the rising sun of another autumn morning, giving up in front of the winter. Camouflage patterns whisper quietly on Daddy’s back as he looks at the lake.

He went too early. What made it tricky was that it didn’t only happen once.

Soon after he was gone I realized he had been gone for years. He started to fade when I was six. I was confused. I didn’t know who or what I was missing.

– Lots of firewood is being burned in one single winter as you heat the sauna and fireplace and what not. Fuck, someone has to make them and that will be done today.

It makes it rarely clear. Even a child gets it. There’s nothing to wait for.

Some moments I felt a guilty relief. A sudden smell of tobacco turned that around. I thought I could never learn how to be without him.

Excitement changes: it twists into a tight clump, rises from tummy, wriggling to throat, and stays. Later on it gets a name: it’s called fear.

He digs something out of his camouflage pocket, glint of brown, painful flash in the sunlight, as he takes the first sip. Firewood day.

In the afternoon I finish my drawing of a swan whose outline I’ve sketched with logger lead, on a piece of ply dad gave me. With that I can provoke a conversation that should carry us until mum comes home.

Only much later I understand why nature seems so familiar yet so unsafe.

The text you just read is part of a longer piece of prose I wrote in 2014. The first words that welled out of me weren’t like this. They were short, fragmented, packed, and full of self-hatred. They came out whenever they liked, self-determined. I needed to figure out death.

In 2005 I had just started high school when my father, one late autumn night, went fishing at the lake he claimed he knew by heart. For two weeks, after the morning we knew this might be IT, I stood at the door, smelling the cooling air and wondering how many nights a real guerrilla could survive on an island without any equipment. After those two long weeks we finally got to organize a funeral: my father’s friend had found him, floating body caught in reeds. He never swam on that island I had slowly understood not to exist. 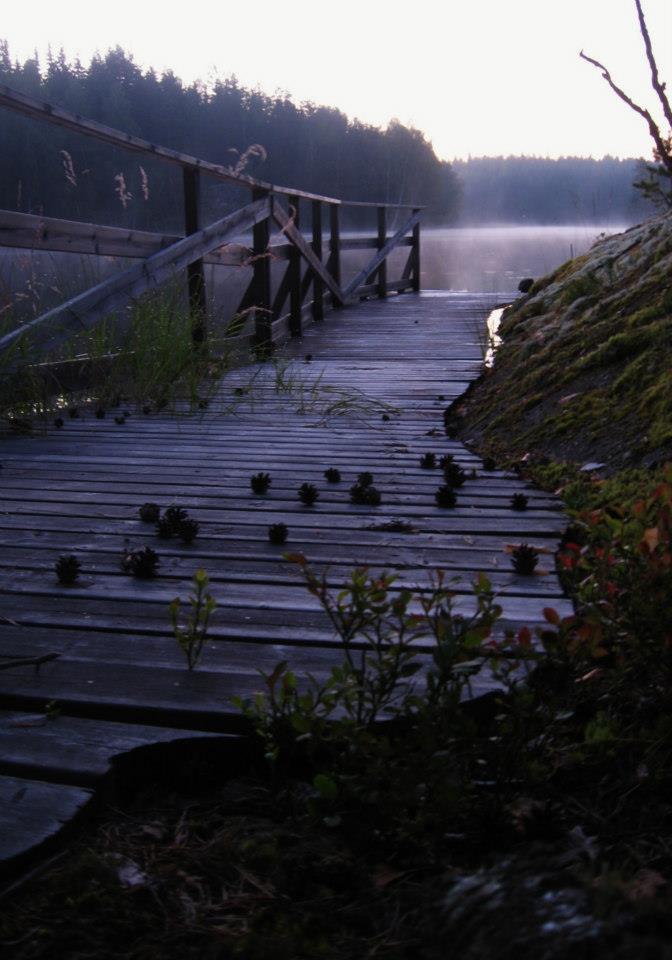 The poem-like extracts that started to appear in the corners of my notebook pages were the first painful bursts; attempts to clarify not only my father’s death but also his life, my life, and all the possible interactions these two lives had made. I had started to express myself.

Later on, as my writing continued, my texts started to vary. They became longer and more vivid, expressing more than just visions of dying. I started to handle my emotions, the whole range of them — from dependent love of a child to the frantic anger and disappointment of that same child.

It became clear it was not only me and my experiences that I was exploring. The writings were also, crucially, the ones of my father. I felt I needed to concretely let him speak through me. I took huge steps forward in my grief when I started to realize my father didn’t hurt me on purpose. The whole bunch of feelings and ways of acting I had internalized, such as shame and self-discipline, were not originally and independently mine.

By the help of several therapists I understood I was going through my father’s traumas. And with that, the traumatic burden of many generations before us. Not a single human being is alone, in good or bad.

So I wrote letters from my father to me. Dialogues between us – recalling real situations and composing something that wasn’t really there. This gave me the opportunity to let out and give words to the pain of negligence and replace it with words and actions my father was never was able to direct at me.

Healing is not something that happens overnight. It’s not easy either. It might be a life-long journey through and new areas to be found. For me, one of those has been the question of what I want to do in my life. It’s not easy for someone who has been repeatedly told by their parents to change themselves – the same people who should, ideally, give their children regardless love and acceptance.

The question of the self has challenged me for years and it still does. But the secret I’ve found important is that everyone should have the right to ask and look for answers. And that is what I believe, according to studies of traumas as well, to be in the core of not creating new wounds and slowly, maybe, learning to live with what is. The movement towards something better starts when we allow ourselves to make the first question: where am I now?

The other good news is, writing is just a method among others. Giving it a try doesn’t cost a thing.

The greetings above are sent from Finland, University of Jyväskylä, where Elisa Auvinen has started her dissertation about creative processes of people who have undergone hardships related to substance misuse in their family. The research procedure includes creative writing and music experiments in a therapeutic peer group and analyzing the texts of participants by linguistic methods. The aim is to gain an understanding on which components in such activity are meaningful to the participants and what kind of creative results are being delivered.